Candidates must be licensed to practice medicine in Texas and hold a current Department of Public Safety registration certificate for controlled substances.  Candidates must have graduated with a Doctor of Medicine or Doctor of Osteopathic Medicine from a college or university accredited by the Liaison Committee on Medical Education and possess a board-certified specialty.  Candidates will ideally possess a master’s degree in Public Health or related field and are expected to have six years’ experience in public health or related field, of which four years were in a progressively responsible supervisory/management/leadership capacity.

Austin, TX (Pop. 950,700) Exciting opportunity to join a high performing, collaborative executive team dedicated to the provision of state-of-the-art public health services in one of the most dynamic cities in the country! The City of Austin is a world class city and is seeking a progressive, visionary medical doctor/public health professional to serve as the medical director for Austin Public Health and health authority for Austin and Travis County.

This position announcement is being recirculated as it was advertised just as COVID-19 impacted our country.  The City of Austin understands that relocation or a job change may be difficult at this time.  The City will be flexible with respect to a start date.

This vibrant and dynamic city tops many lists for business, entertainment, and quality of life. One of the country’s most popular, high-profile “green” and culturally rich cities, Austin was recently selected the number one Best Place to Live in the U.S. (U.S. News & World Report). In 2016, Forbes named Austin the city most likely to prosper over the next decade on their America’s Cities of the Future list, and the city of Austin ranked in the top ten on the Forbes list of America’s Best Employers for 2017.

The annual salary range for the Medical Director/Health Authority is $185,000 - $195,000 +/- DOQ. Placement within the approved salary range will be dependent upon career experience and qualifications. This position is considered open until filled. To ensure consideration, candidates should apply by May 15, 2020. To apply, candidates must submit a comprehensive resume, cover letter, and contact information for three professional references to GovHRjobs.com. Interested candidates should apply early in the process for optimum consideration. Candidates may contact the recruiter, Heidi Voorhees, President of GovHR USA at HVoorhees@govhrusa.com.

This recruitment incorporates existing rules and regulations that govern public sector recruitments in the State of Texas. In accordance with public disclosure/open record laws, information submitted for consideration may be made available to the public upon request by interested parties.

For Employers:
Target your recruitment efforts with AMDA! 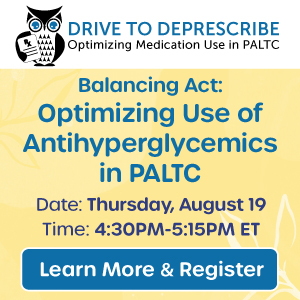