Since the landmark passage of a sweeping oversight bill in the late 1980s, hundreds of nursing homes have closed — while those that remained have increasingly taken on more difficult medical cases, according to new research from Brown University.

The analysis, which focused on the effects of the Omnibus Budget Reconciliation Act of 1987 (OBRA ’87) through 2015, was published this week in JAMDA, the Journal of Post-Acute and Long-Term Care Medicine.

OBRA ’87 — and more specifically the Nursing Home Reform Act of 1987, which was part of the larger OBRA legislation — was a watershed event in the federal regulation of the nation’s nursing homes, introducing a wide range of new requirements related to safety, care quality, and residents’ overall rights.

In total, 400 nursing homes closed in the past 30 years, and given the climate of reduced reimbursements and complicated coding changes, this number may continue to rise. Specific state-based Medicaid funing shortages — in addition to the federal government potentially tightening the reins on Medicaid supplemental payments — has left many smaller operators struggling and opting to exit the business.

Major increases in psychiatric diagnoses, along with slightly enhanced quality processes in nursing homes, were also seen over the specified span of time, according to the study.

The proportion of long-stay patients remained consistent throughout the past three decades, hovering at 69%. However, the researchers found a 15% increase of residents coming from the hospital to nursing homes for rehab and post-acute care: More specifically, in 2000, 66.5% came from the hospital, and by 2015, that number surged to 84.7%.

The increase in higher-acuity patients involved those needing help with day-to-day activities including bathing and dressing, as well as more individuals with dementia and cognitive challenges.

Overall performance on quality measurements slightly improved over time with increased staffing hours, a lower count of pressure ulcers, and a significant reduction in the number of residents being restrained — dropping from 18.6% between 1995 and 2000 to 1.4% in 2015.

“My co-authors and I really believe that there has been improvements in the quality of nursing homes over time. And…[although] the numbers are very small, considering the fact that this is a sicker, older and more diverse population, any change to show an improvement in quality, we think is very significant in terms of clinical significance,” Shekinah Fashaw, researcher and doctoral candidate at Brown University, said.

Regardless of decreased use of those drugs, the proportion of residents with a diagnosed psychiatric condition nearly tripled between 1995 and 2015, reaching 31.4%

“You can see that psychiatric diagnoses have increased within nursing homes … and then the amount of residents who are receiving psychotropic drugs, whether they be anti-anxiety, antidepressants or antipsychotic, those numbers have increased over the years,” Fashaw said, also pointing to the downward dip in use in recent years. 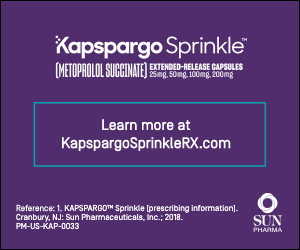