The Centers for Medicare & Medicaid Services (CMS) issued a proposed rule on April 27, 2018 to overhaul the payment system for skilled nursing facilities (SNFs). The rule would update the payment rates used under the prospective payment system (PPS) for SNFs during fiscal year (FY) 2019 and replace the existing case-mix classification methodology, the Resource Utilization Groups, Version IV (RUG-IV) model, with a revised case-mix methodology called the Patient-Driven Payment Model (PDPM) effective October 1, 2019. This proposed rule also proposes revisions to the regulation text that describes a beneficiary’s SNF ‘resident’ status under the consolidated billing provision and the required content of the SNF level of care certification and includes proposals for the SNF Quality Reporting Program (QRP) and the Skilled Nursing Facility Value-Based Purchasing (VBP) Program that will affect Medicare payment to SNFs.

CMS anticipates that the proposed rule would reduce paperwork and administrative costs by approximately $2.0 billion over ten years, and that FY 2019 SNF Medicare payments will increase by $850 million because of the SNF market basket increase.

Under the proposed rule, the proposed PDPM would become effective October 1, 2019, and would replace the existing RUG-IV case-mix model used to classify Part A SNF residents into payment groups. CMS had previously proposed replacing the RUG-IV case-mix model with a new model called the Resident Classification System, Version I (RCS-I). The proposed PDPM is the result of significant revisions to the RCS-I model following concerns and questions raised by stakeholder’s comments during a notice of advanced rule making by CMS. The PDPM is designed to be significantly less complex than either the existing RUG-IV or the proposed RCS-I case-mix models. CMS expects the PDPM to “improve the incentives to treat the needs of the whole patient” and to shift the focus away from the volume of services, which it expects will reduce paperwork and other administrative burdens for providers. CMS estimates that “PDPM would simplify complicated paperwork requirements for performing patient assessments by significantly reducing reporting burden (approximately $2.0 billion over 10 years), helping to create greater contact between health care professionals and their patients.”

Beginning October 1, 2018, to incentivize SNFs to take steps to reduce hospital readmissions, their hospital readmissions performance will result in positive or negative incentive payments. The proposed rule would update policies related to the VBP Program including the “performance and baseline periods for the FY 2021 SNF VBP Program year, an adjustment to the SNF VBP scoring methodology, and an Extraordinary Circumstances Exception (ECE) policy.”

The SNF QRP requires SNFs to report certain quality data to CMS and penalizes a failure to do so with a 2-percentage point reduction to the annual market basket percentage update with respect to that fiscal year. CMS reports that it is seeking to balance the goals of the QRP against the burdens to SNFs by “working to identify how to move the SNF QRP forward in the least burdensome manner possible while continuing to incentivize improvement in the quality of care provided to patients.” Specifically, CMS reports that it is “not proposing to adopt any new measures for the SNF QRP in this proposed rule.” However, the proposed rule would require that the evaluation of measures that CMS intends to remove from the SNF QRP measure set would include a weighing of the costs of the measure against the benefits of continuing to use the measure in the QRP. 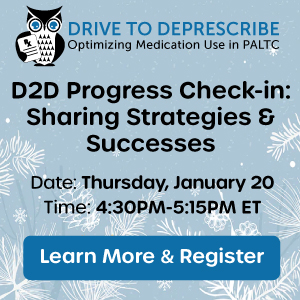