This week the White House released the President’s FY2019 Budget Proposal entitled, Efficient, Effective, Accountable: An American Budget. The President’s budget does not have the force of law but rather it helps set the Administration’s agenda and lays out specific proposals the Administration would like Congress to consider; the President’s budget itself never receives a vote in Congress. Congress’ process for federal spending for FY2019, which begins on October 1, 2018, would normally include a budget resolution to set topline spending numbers, but that is not expected to occur this year. Instead, the bipartisan budget deal that was recently reached will set the topline numbers for the Appropriations Committees to work from as they craft appropriations bills.

Some of the provisions included in the President’s Budget include the following:

Provisions of interest to PALTC:

MIPS. The budget proposes in fiscal 2021 to simplify MIPS by adopting broader claims and beneficiary survey calculated measures that assess clinician performance on quality and cost during the performance period at the group-level only. Pay adjustments would also apply only to services in the physician fee schedule rather than all Part B payments.  This proposal provides the Secretary with authority to set the MIPS performance threshold during the 2019-2020 transition years.

Graduate Medical Education.  The budget proposes to consolidate federal GME spending from Medicare, Medicaid and the Children's Hospitals GME program into a single grant program. The funds available for fiscal 2019 would be based on the 2016 payments for Medicare and Medicaid GME plus the spending on the Children's Hospital GME in 2016 adjusted for inflation.

Unified Post-Acute Care Pay System.  Under the HHS budget, the four post-acute care settings -- nursing homes, home health agencies, inpatient rehabilitation facilities and long-term care hospitals -- will receive lower annual Medicare pay updates from fiscal 2019 to fiscal 2023.  After that, the budget proposes a unified post-acute care pay system in fiscal 2024 for all four settings based on episodes of care and patient characteristics, rather than the site of service.

Medical malpractice reform. The HHS budget in brief includes many reforms to the malpractice system.  Changes include capping awards for non-economic damages at $250,000 indexed to inflation; providing more safe harbors for providers; letting HHS provide guidance to states to create expert panels and administrative health care tribunals; allowing evidence of income from workers' compensation and auto insurance to be introduced during a malpractice suit; creating a three-year statute of limitation; letting courts modify attorney's fees; replacing joint and several liability with a “fair-share” rule; excluding providers' expressions of regret or apology from evidence; and requiring courts to honor a request to pay damages in periodic payments if a party owes $50,000 or more.

Electronic health records. In fiscal 2019, the budget proposes “to provide hospitals and physicians the freedom to use electronic health records as they deem best” by removing penalties and reducing the reporting burden for meaningful use requirements. It also says the administration wants to eliminate low-value metrics in meaningful use.  The budget in brief contains no further detail on this provision. 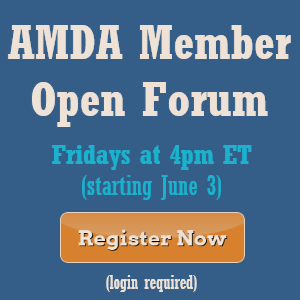